Join the most spectacular racing universe. We use the software, TrackMania United. Campers create their own tracks using a “building block” process. Unlike most other racing games, the TrackMania series lets the player race a track as many times as they want without time limits. Campers can customize cars, track ramps, stunts, and can play in either the single or multi-player modes.

Campers will be given design and build challenges each day. They will also have an opportunity to play each others games. 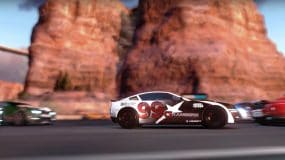